You are here: Home / Speaking / Purpose of a Talk / Are We Losing the Ability To Think?

I write a Christian marriage blog that mostly focuses on marriage and family, and I ran across this older post recently which asked, “Are we losing the ability to think?” I thought it would be of interest to those of you who speak as a ministry, and I’d love to know your take on this trend! Here you go: 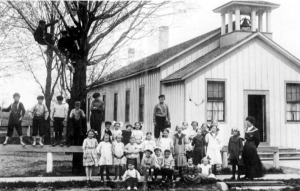 Last week I took four teenagers (two were my own) down to New York for a Bible quizzing tournament. That means twelve hours, in total, in a car with these girls over the course of the weekend. And we got into some really interesting conversations.

One of the girls is a senior in high school who is very bright and very motivated. She finds it really difficult to process the fact that so many of her fellow students just can’t write. She reads their papers, and thinks, “But you’ve been speaking English your entire life. You can speak a sentence. Why can’t you write one?” She once got into a conversation with her English teacher about this, and her teacher said that there is a school of thought that in 100 years, tenses will disappear from our language. We’re getting so lazy in the way we talk and write that difficult grammatical usages will slowly disappear.

We have more technology than ever, but people don’t seem to know as much.

Around the same time as this conversation, I received an email from a university friend with a link to a Grade 8 final exam from 1931. It’s got Geography, Civics, History, Literature, even Penmanship. Check it out. It’s HARD! Way harder than we teach kids today.

I often get rather depressed at the lack of education kids get nowadays. I know that makes me sound like a fuddy duddy, but I think, with all of the problems we have to solve in the world, how can we do it when people can’t handle more than a soundbite? When they don’t know history to put things in perspective (ie. they don’t know that Jerusalem actually has always had Jews living in it, for instance, and was the capital of the Jewish homeland basically forever). Or how can we attempt to even think about how to handle dictators today when most people do not know about Chamberlain’s “peace in our time” speech?

But it’s easy to attack the school system.

My bigger issue, though, is that the church is doing very little to combat this.

You would think that church would be a place which would emphasize learning; traditionally we have. Indeed, many denominations were born to be more “intellectual” compared with the “common people”. Higher learning was originally all theology; everything flowed from that. It was assumed that to be a Christian meant that you were slightly more educated because you read the Bible and thought about it. And since Christianity encompassed all that you could know about God’s creation, then higher learning all flowed from that theology.

But today in church we don’t really require thought. We focus more on emotion. I find it difficult as a speaker to get past this; I do a much better job at weekend retreats when I can get more in depth into a subject than I do at the one-time events. But it is a challenge because people don’t always WANT to think. And yet at the same time, our generation thinks that we are smarter than previous generations (despite that Grade 8 Geography Test).

One of my daughters’ main complaints about Christian education, whether it be at church or at camp or at retreats, is that it always focuses on the same stories: David & Goliath, Noah’s ark, Joshua, Joseph, Jonah. Rarely do you require kids to actually think. And the Bible stories are NEVER put in context. I read a study done recently of the incoming class at Moody Theological Seminary, I believe it was, and less than half could put these four events in chronological order: Moses, the exile of Judah, David, John the Baptist.

People just don’t know the basics-even people who have been Christians their whole life.

And if we don’t teach context, whether it be with the Bible or with history, then we aren’t raising children to be really educated or to really be able to think.

You’d think the church would be spearheading this, focusing on Bible memory and real Bible understanding, but instead we focus, too, on shallow things and entertainment. And then we wonder why twenty-somethings lose their faith.

I wish I knew the solution, but I don’t. I think we were far smarter before there was TV and when families read together at night.

My only solution is for my own family: we don’t have a TV, we homeschool, and we make our kids memorize. But that won’t help the society at large. So what do we do? I really don’t know. I’m at a loss. Anyone have any ideas?

Let me know-have you seen this trend? How does it affect your ministry? What can we as speakers do to encourage Bible knowledge and context? Let’s talk in the comments!